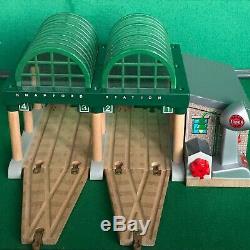 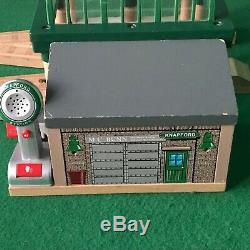 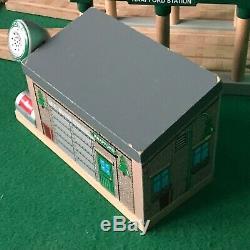 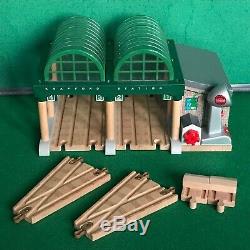 Sights and Sounds Deluxe Knapford Station - - all complete with track pieces and buffers for THOMAS WOODEN TRAIN SET. TRAINS NOT INCLUDED - FOR ILLUSTRATION ONLY! This station makes a superb addition to the Thomas Wooden Railway Set and is a fantastic piece with wonderful graphics. The Deluxe Knapford Station has an authentic passenger station with lights. It is covered by two removable see-through awnings which can be removed.

The passenger part on the side is removable and is kept in place by magnetic plates. There are lots of realistic train sounds to bring the station to life.

This item can be shipped to North, South, or Latin America, all countries in Europe.